Home > 1 Million Trees Project locations > actually, we planted 1,072,320 trees across Melbourne’s west… just to make sure, plus a few more!

This amazing achievement was due to the hard work of 15 government and community organisations, over 4,500 volunteers and over 100 private landowners, who participated in 61 community events and tree planting days.

The Greening the West 1 Million Trees project is a shining example of what can be achieved when local, state and federal governments work collaboratively with local communities. The project has made a significant and lasting difference to Melbourne’s west by creating new natural areas for people and animals, as well as strengthening community connectedness.

Some immediate benefits of the project include enhanced amenity of local open spaces, connecting the community to their local reserves and raising awareness of the benefits of trees and improving community health and wellbeing by connecting people to outdoor spaces

The long-term impacts of Greening the West – 1 Million Trees will not be fully realised until the trees are established in 10 years, but it is already clear that urban greening projects like it offer low-cost, preventive strategies to improve community health, reduce heat stress,  increase amenity and foster social cohesion.

The project has improved the quantity and quality of urban green spaces close to residents, which will assist in promoting physical activity and encouraging the use of active means of transport.

In time, the project will bring a broad range of long-term ecosystem services, such as temperature regulation, air quality improvements and carbon-dioxide sequestration, as well as improved habitat and stormwater quality.

Greening the West – 1 Million Trees will also lead to improved natural habitat for local flora and fauna species that have been lost or threatened due to urban sprawl and ecosystem fragmentation.

Check out the video: https://www.dropbox.com/sh/gs3lza7b1ka2zdz/AADQvA03snJuZpGBmk0qAhjAa?dl=0)

This project was supported by LeadWest, through funding from the Australian Government’s National Landcare Program and Green Army Programme. 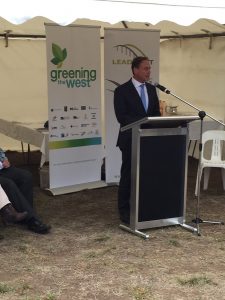 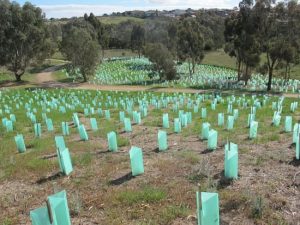 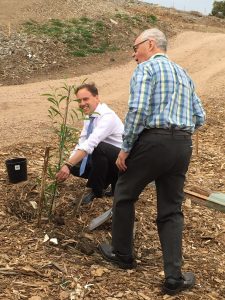 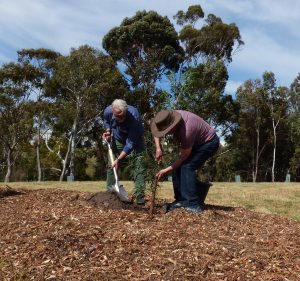